Not only does today mark exactly one month since my arrival in south Florida, it’s also the day of my first helicopter ride ever!

We had originally planned to fly to Population A on Friday.  We were buckled up and fully decked out in our Nomex flight suits, gloves, leather boots, and helmets when the pilot discovered some technical issues with the helicopter.  We didn’t want to risk getting stranded in the Everglades or arriving after the sparrows had already shut up for the day, so we ended up canceling the flight.

But our flights today were as smooth as could be!  We headed to the Everglades at sunrise, watching the landscape change color as we flew.  I left my camera in my pocket for the flight out, partly nervous about messing up the flight somehow and partly wanting to fully engage myself in that first helicopter experience.

Michelle helped Jorge, our pilot, navigate up front, while I sat in the back.  They had taken off the door on my side of the helicopter, so the rotor kept me cool with a constant and powerful breeze.   This also meant that I had a clear view of the landscape below me.  I wasn’t entirely sure what I was looking at sometimes—the grassy expanse was interrupted by what looked like patches of salt flats, as well as mysterious darker areas—but it was beautiful all the same.  Every once in a while, we encountered white egrets flying purposefully across the open grassland.

The sun was just above the horizon when we softly landed by “West Camp,” where Michelle and other researchers had camped to study sparrows back in the day.  It was one of those gorgeous mornings with spider webs lit up all across the prairie, glistening with dew from the night before. 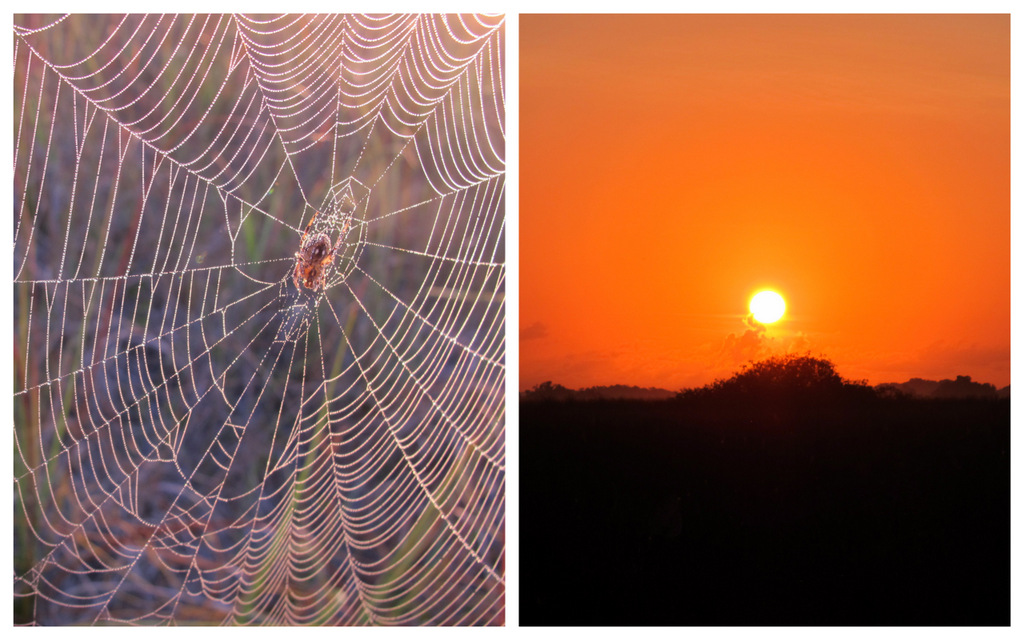 We spent the morning conducting transect surveys of Site A (detecting 7 birds total!), and were picked up by Jorge just after 10am.  On the flight back, I was much bolder.  Now that I was confident in my abilities as a passenger (sounds silly, but my helicopter training had made me somewhat paranoid), I was ready to document the flight with my camera.  I even took a short video while we were in the air. 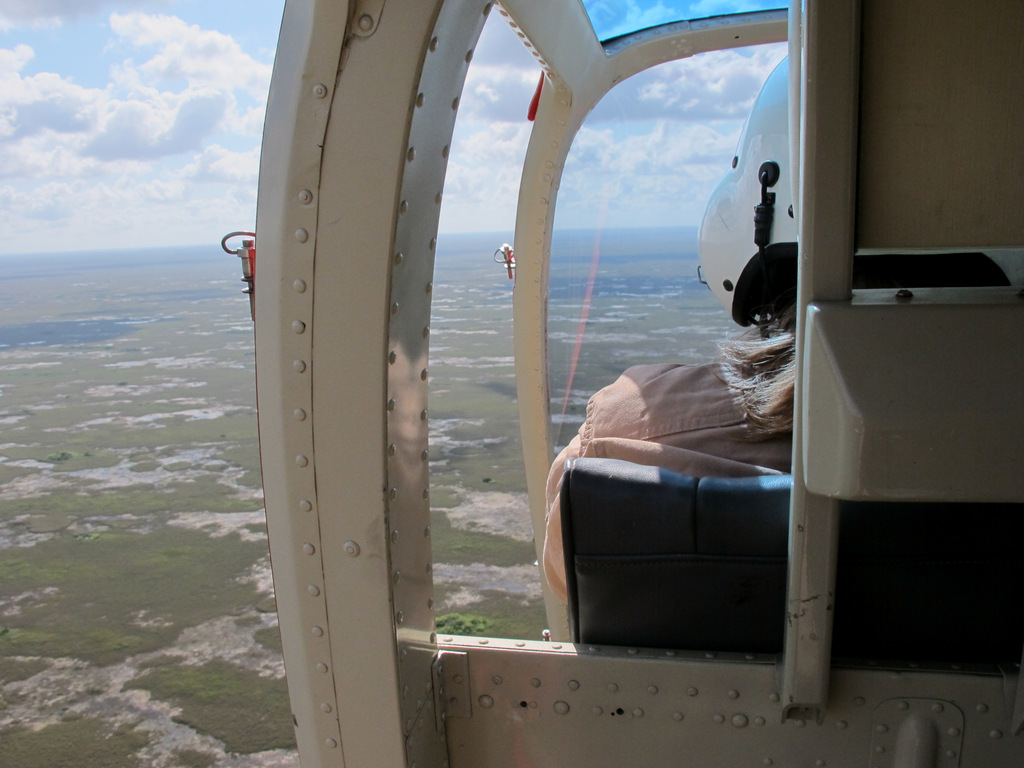 I was surprised that Michelle, rather than the pilot, occupied the left-hand seat of the helicopter.  According to my internet research, this set up has mostly historical roots.

Helicopter view of Shark River Slough. Jorge told us that it always looks somewhat misty during the rainy season because of the high humidity.  On a crisp winter day, you can get a clear view to Miami.

Homestead, sweet Homestead!  We peeked into the canal just before reaching the Homestead Airport to see if we could spot any gators.  (Alas, we didn’t.)

With another gentle landing, we were back on the ground at Homestead Airport.  I can barely wait for our next trip out to A!

By Ecostudies Institute|April 14th, 2015|CSSS, News|Comments Off on Sparrow Team in Flight