The Song of a Cape Sable Seaside Sparrow in the Morning

The Song of a Cape Sable Seaside Sparrow in the Morning

Sunrise on the Everglades

The fog hovered over the sawgrass clumps as my fellow field techs and I walked to follow the harsh buzzy okachee-weee sounds in the distance. The field was saturated with morning dew and the sun was slowly beginning to rise. Suddenly, a flash of brown and yellow appeared in the distance. We got busy working to capture this unbanded Cape Sable seaside sparrow with our ever-so-gentle mist net.

Soon the net was set and the playback volume of the sparrow song was on its highest setting. After a few moments, we had captured male of this species. We carefully placed two sets of bands on his fragile legs and then let him go to continue his calling. The sun was high in the sky by now, and we were on the move towards the next song. 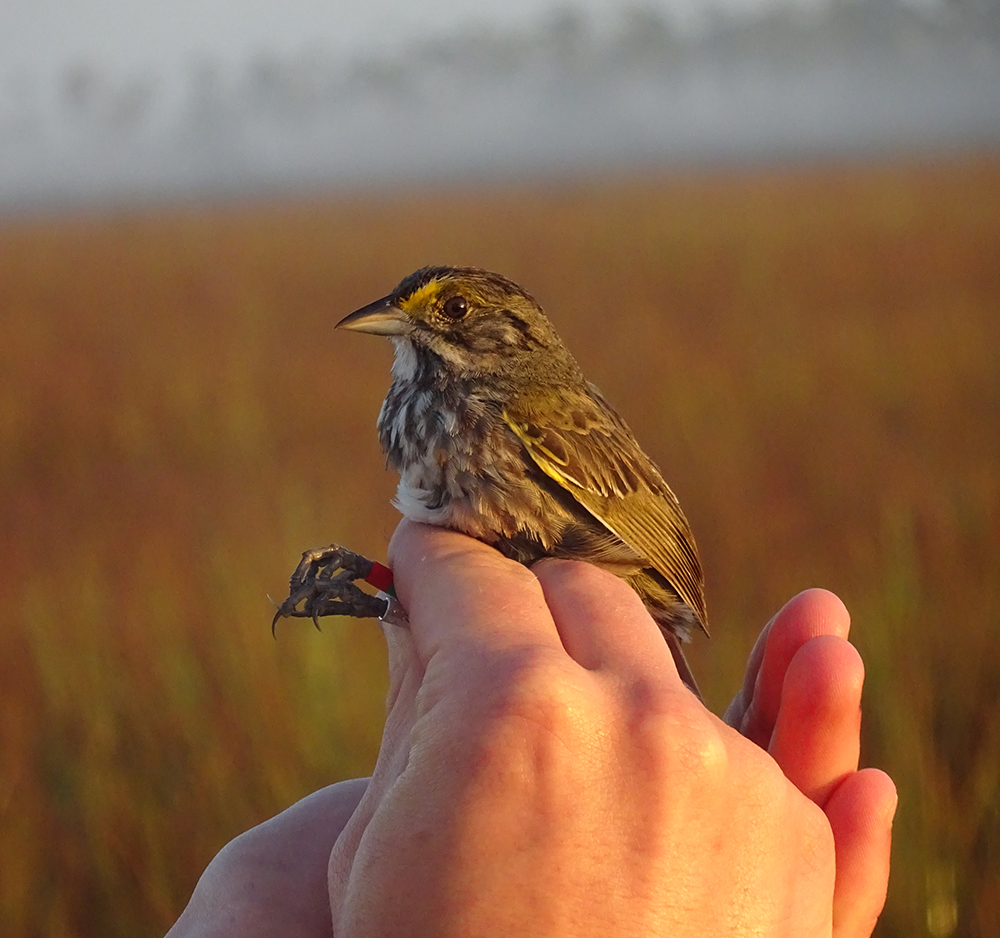 By Abigail Chambers|April 9th, 2017|News|Comments Off on The Song of a Cape Sable Seaside Sparrow in the Morning