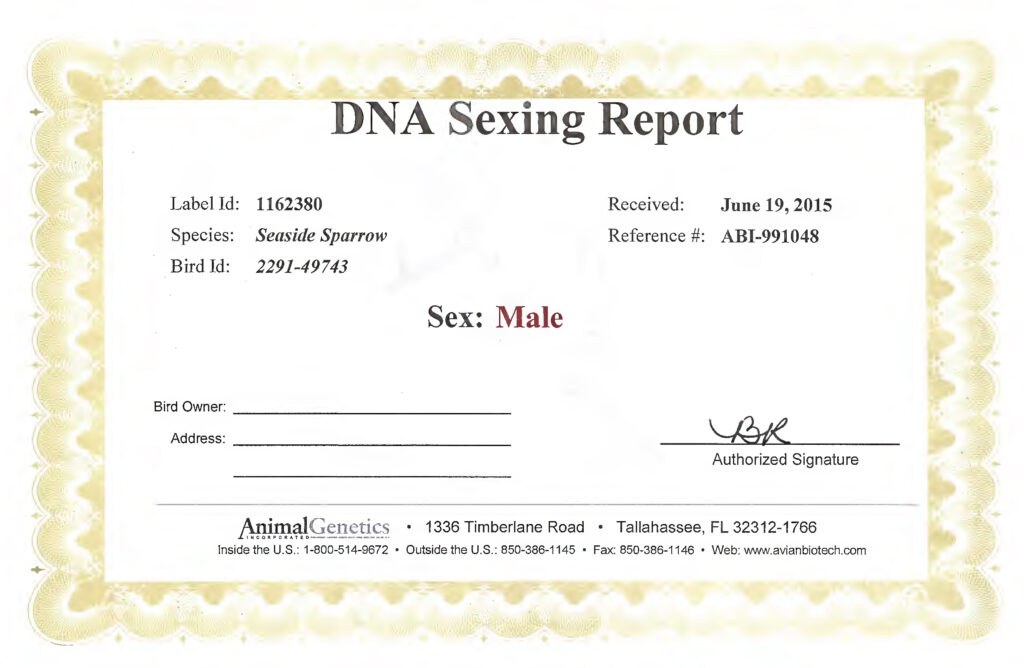 Our first report from the genetics lab which successfully determined the sex of a juvenile Cape Sable seaside sparrow!

Now that our field season in the Everglades is over it’s time to do some serious data analysis, and sexing juvenile sparrows using DNA extracted from feather samples was one of our objectives this year.

Sexing seaside sparrows is tricky because the males and females have a similar plumage, but adult sparrows can be sexed in the hand using various methods. Unlike adults, however, there’s no way to positively determine the sex of juveniles when they are in your hand. In years past we could only guess at their sex based on measurements like their wing length. This year we wanted to find a way to accurately determine their sex in a non-invasive way.

Modern genetic techniques have been developed to extract just enough DNA from a few breast feathers from a bird, which can be plucked without harming the bird, to determine an individual’s sex. Until now, this had not been worked out for Cape Sable seaside sparrows. We want to know the sex of juvenile sparrows that we capture and color-band because this information helps us to better understand things like sex ratios in the population, dispersal patterns and survival rates. So the information provided by the genetic sexing will feed into our other analyses. We’re excited to be receiving more results from the lab for other birds that we captured during the 2015 field season!