Eureka! A nest at Site D

Eureka! A nest at Site D

We began our morning of transect surveys with some trepidation.  When we’d gone out for our first set of transects at Site D earlier this week, we’d been beaten to exhaustion by the unseasonably hot weather.  On top of that, the Water Management District had notified us of flooding at the site yesterday.  And with a considerable breeze threatening to grow stronger, we were prepared for the worst.  (Sparrows tend to go quiet when the wind is too strong.) 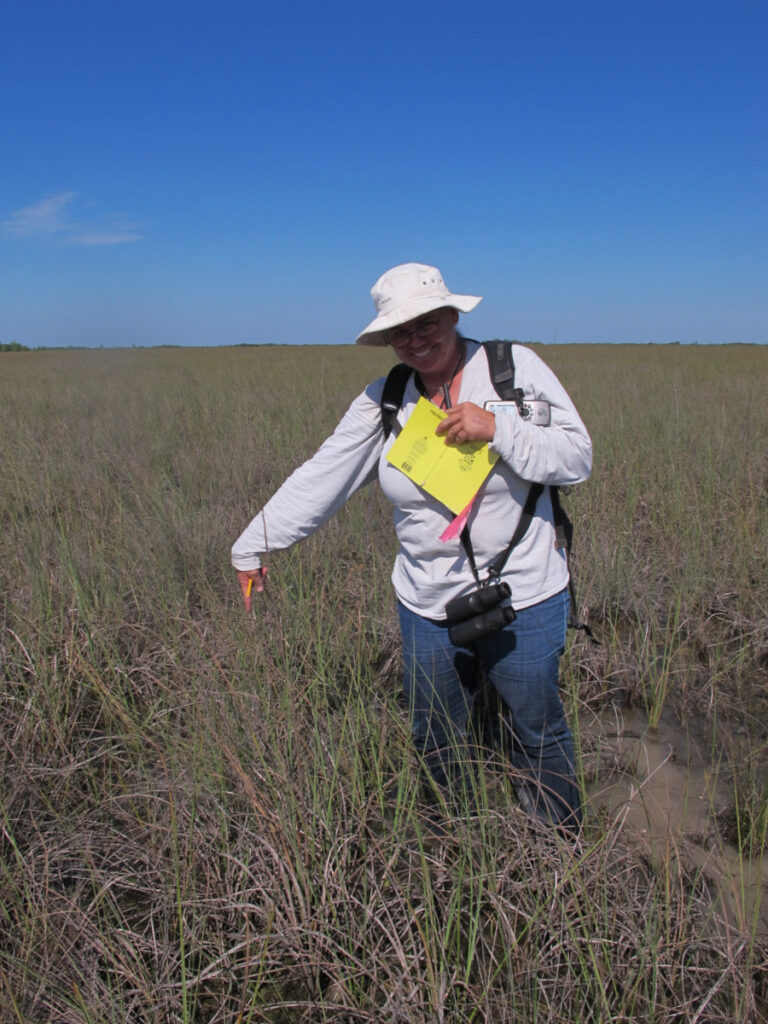 But today, the weather gods and sparrow spirits must have been watching over us.   Even with the extra water, the birds sang all through our survey, and we even heard a male sparrow chipping–the surest sign of breeding that we’d seen at D so far!  Once we completed the transects, we hurried back to investigate.

After some observation, we saw that the chippy male was indeed paired with a female.  As we continued to watch, we hoped to see the telltale “on a mission” flights to the same spot that indicated nestling feeding.

I stood with my walkie-talkie in hand and eyes locked on the clump of grass we saw the female dive into as Michelle walked over.  Suddenly, the female flushed from just right of Michelle.  I excitedly radioed asking if she’d seen the female, and within moments of replying yes, Michelle turned toward me and and pointed down at the grass, her face beaming.

Michelle and I both could not stop smiling as we carefully took out the three awkward but adorable nestlings, placed an iButton (a datalogger that tracks temperature) in the nest, and then returned the nestlings.  The only thing we did not return was a white fecal sac deposited by one of the baby birds.  I had not encountered fecal sacs in my previous work with grouse, so I was fascinated by these small poop bags.  With these birds crowded into such a small space, fecals sacs are nature’s brilliant way of keeping nests clean.  When poop comes pre-bagged, it becomes a simple matter for parent sparrows to grab the sac with their beaks and dump the feces elsewhere. 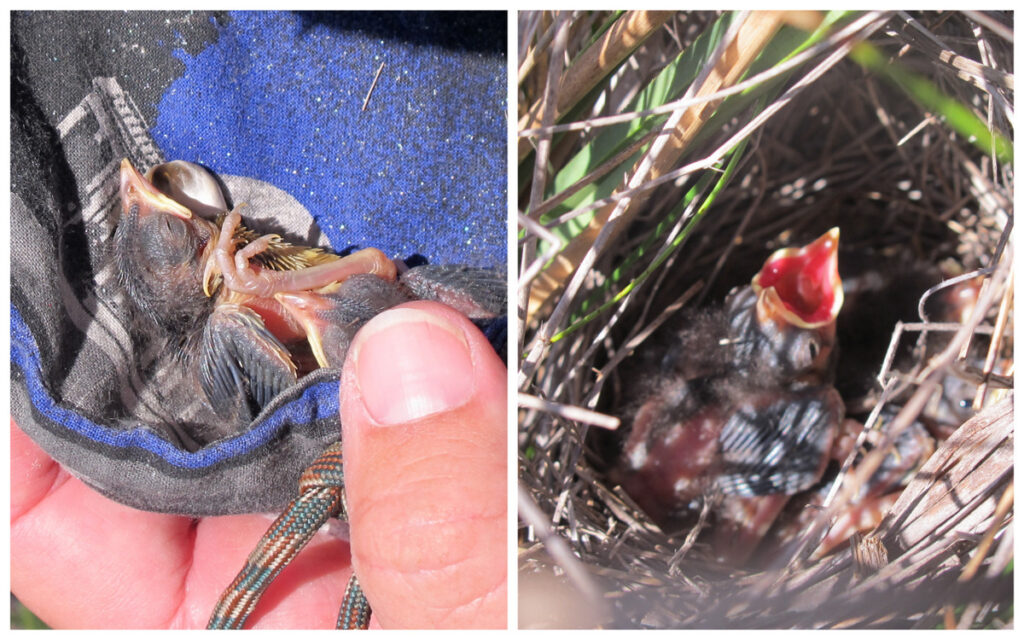 Left: A nestling’s head rests on the white fecal sac. Right: Once we returned the birds back to the nest, they immediately started begging for food.

As we waded back to the car, the clouds began to clear and the temperature started to rise.  But with cool water at our feet, bobolinks migrating around us (a lifer bird for me!), and the first nest at D found, we were in high spirits. 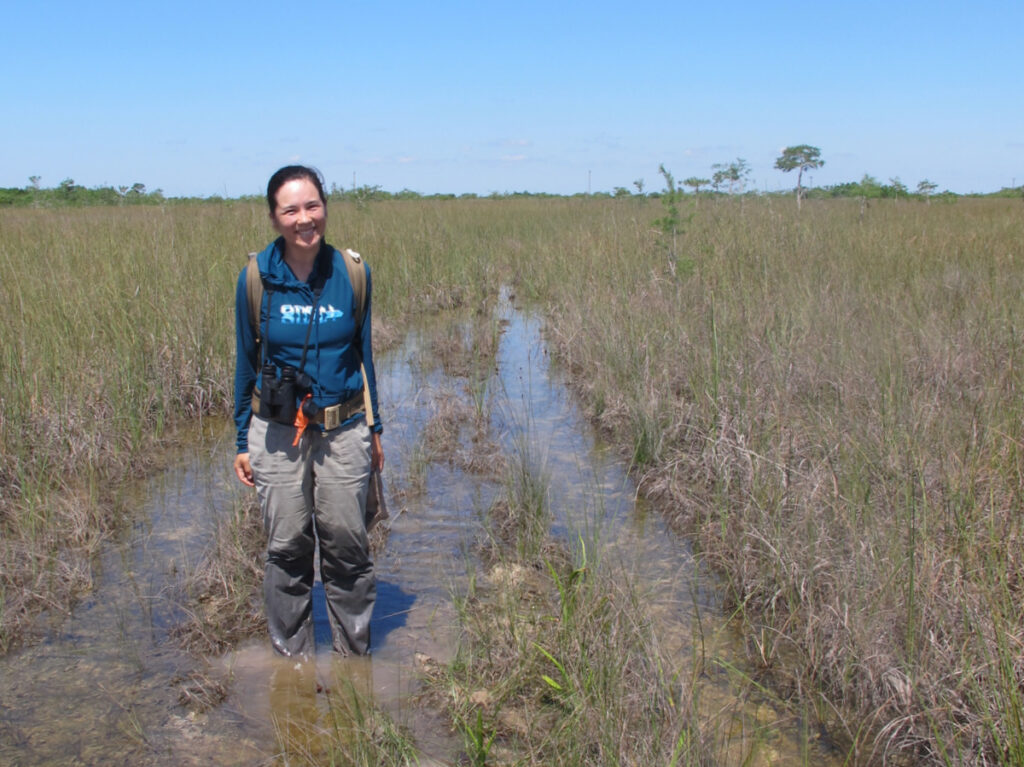 By Ecostudies Institute|May 1st, 2015|CSSS, News|Comments Off on Eureka! A nest at Site D