It’s that time of year again, so mark your calendars! We are happy to announce we will be coordinating the 2021 Annual Puget Sound Shorebird Count! The surveys will take place on November 28, 2021.

The data gathered from these counts helps provide a better understanding of shorebird populations and the habitats they utilize along the Pacific Flyway and allows for the creation of more effective conservation and management plans.

The Puget Sound Shorebird Count, which has been conducted annually since 2012, collects information from approximately 23 sites, including Samish, Padilla, Fidalgo, Skagit and Port Susan Bays and Whidbey Island. 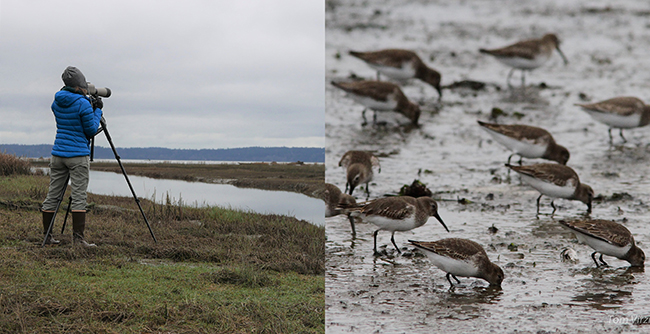 In the winter of 2012, Ecostudies Institute, in collaboration with Washington Dept. of Fish and Wildlife and US Forest Service International Program, began coordinating a Citizen Science winter shorebird monitoring effort in Puget Sound. The goal of this effort is to provide a mechanism to monitor long-term changes in shorebird populations in Puget Sound, while at the same time contribute to a large-scale, flyway-wide shorebird monitoring effort called the Pacific Flyway Shorebird Survey, which is coordinated by Point Blue Conservation Science

Shorebirds using the Pacific Flyway are dependent upon a network of widely spaced estuarine sites between the Arctic and South America for wintering and migrating to and from their breeding grounds. Shorebirds also have exhibited long-term population declines. The lack of broad-scale coordinated monitoring along the Pacific Flyway limits our ability to understand the problem and design conservation strategies to benefit shorebirds 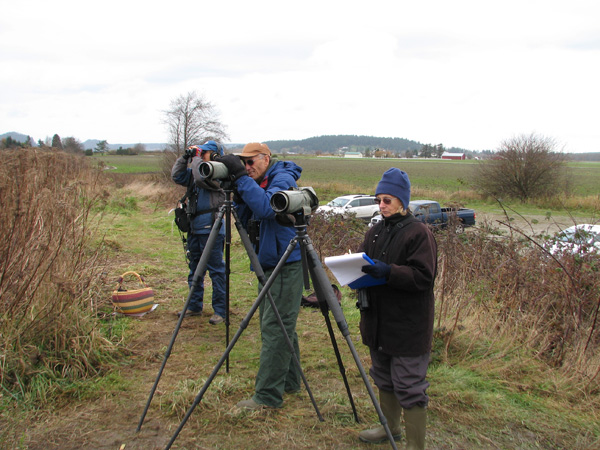 Citizen scientists counting shorebirds at a site on Skagit Bay.

Overall, we have built a solid foundation of shorebird monitoring in Puget Sound that we plan to continue in the future.  With the amount of estuary restoration taking place in Puget Sound, these data will be extremely valuable in describing some of the long term effects of those conservation actions.  Read more about our work on the Effect of Estuary Restoration on Birds.