Ecostudies has worked with the Oregon Department of Transportation (ODOT) to identify important wildlife-crossing areas along the state’s network of roads and highways. Our most recent effort was the Interstate 84 Wildlife Crossing Study. In this project, we mapped the spatial distribution of animal carcasses along a 44-mi length of Interstate 84 that passes through the Columbia River Gorge National Scenic Area in western Oregon.

A previous study by Ecostudies scientist John Lloyd had identified portions of this area as potential hot spots for collisions between wildlife and motor vehicles. 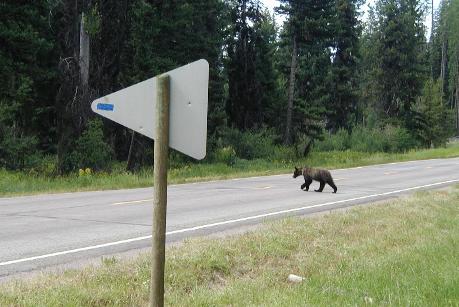 The results of our research have allowed planners from ODOT and other state and Federal agencies to identify areas where collisions are clustered into discrete hot spots, in turn allowing for the targeted and efficient use of mitigation measures, such as increased signage, wildlife overpasses.