Mangrove Cuckoos (Coccyzus minor) are a rare inhabitant of the mangrove forests and woodlands of southern Florida. A tropical species, they are found nowhere else in the United States. Weighing, on average, 65 grams (about the same as 12 quarters), their black mask, two-toned bill and bright buffy underparts are what distinguishes them from their close relatives, the Yellow-billed and Black-billed Cuckoo.

Listen to the Cuckoo! 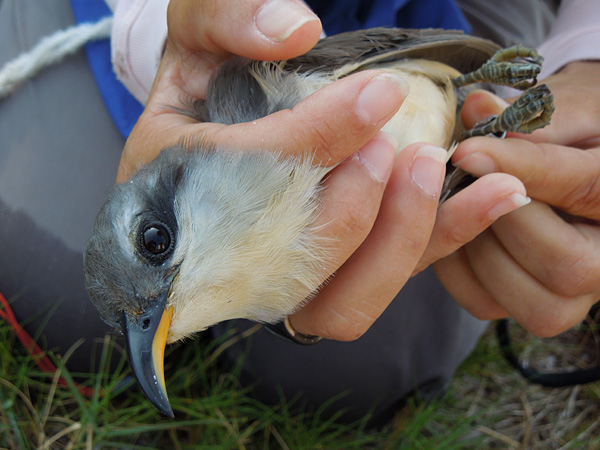 Mangrove Cuckoos are commonly described as a secretive species because they vocalize infrequently and inhabit dense mangrove vegetation, which makes them hard to see. Unlike other landbirds that are frequently detected by their constant and quick foraging movements, Mangrove Cuckoos spend long periods of time sitting in one spot, twisting their heads at great angles in order to locate prey. 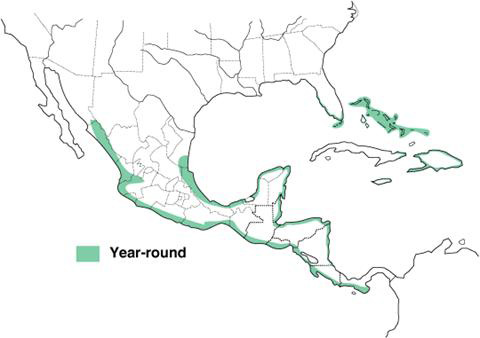 Beyond casual observation and anecdotal accounts, biologists have only the crudest of information regarding their migratory behavior, breeding biology and habitat preferences. For example, Mangrove Cuckoos are known to inhabit a variety of woodland types throughout their range, however in Florida they appear to be restricted to mangrove forests.