Western Bluebird in the Pacific Northwest

Ecostudies Institute is working to reestablish breeding populations of the migratory Western Bluebird (Sialia mexicana) in the Pacific Northwest using a combined program of reintroduction, population monitoring, and outreach. In collaboration with numerous US and Canadian partners, our goal is to ensure this iconic species can inspire future generations of children and adults and serve as an emblem for oak-prairie conservation.

The Western Bluebird began disappearing from oak-prairie habitats in the Pacific Northwest during the mid-1900s. Habitat loss was a major factor in their decline, but probably more important was the loss of cavities. By providing nestboxes to replace cavities, we can create this missing, but critical, habitat element for bluebirds. 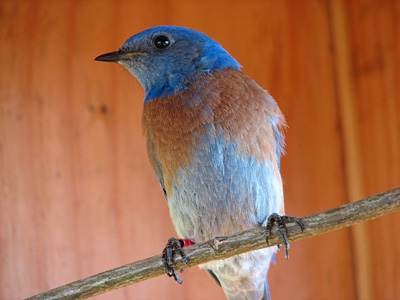 Reintroduction techniques are modeled after those developed by Ecostudies during the successful reestablishment of Eastern Bluebirds in South Florida. The primary donor population is the large and expanding population found on Joint Base Lewis-McChord Military Base in South Puget Sound. Initial reintroductions took place on San Juan Island, but have since expanded to Vancouver Island, Canada.

Establishing populations, however, is only one element of recovery. Most remaining oak-prairie habitats occur on private land, so enlisting private landowners and local communities to participate and support the project is vital for long-term persistence of bluebirds. The public has numerous ways to participate including establishing and monitoring nest boxes, volunteering to survey for birds, or simply spreading the word about the project.

If you would like to report a Western Bluebird sighting in Puget Sound or obtain more information about the project contact Gary Slater.

Small populations have been established on San Juan Island and Vancouver Island, but challenges remain because populations remain small and vulnerable. One of the greatest threats is competition for nestboxes with House Sparrows.

The most exciting result in 2013 was the first observation of dispersal events among populations. A female that fledged on San Juan Island dispersed to Vancouver Island and a female that fledged in South Puget Sound dispersed to San Juan Island. These movements show the connection among populations and highlight the need to focus conservations efforts at the regional scale. 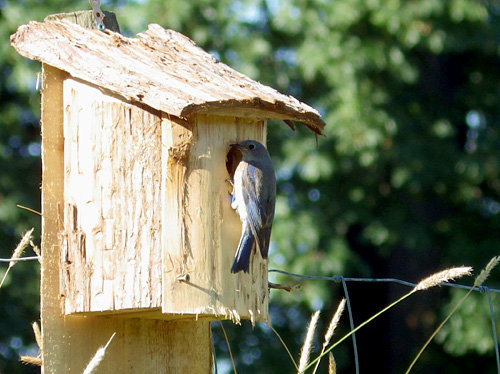 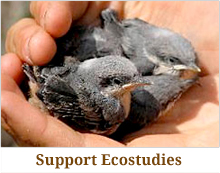