On March 16, I spotted a distant object in the sky that appeared to be a helicopter flying dangerously low. A quick look into my binoculars let me get a closer look at this star falling from the sky. I did not wish upon this star. I think I would’ve wished for  better ways  to celebrate occasions without balloons. Michelle had her eyes on it, but it flew off to the other side of the road and continued its journey. I believe this will be the case for most balloons in any wilderness. 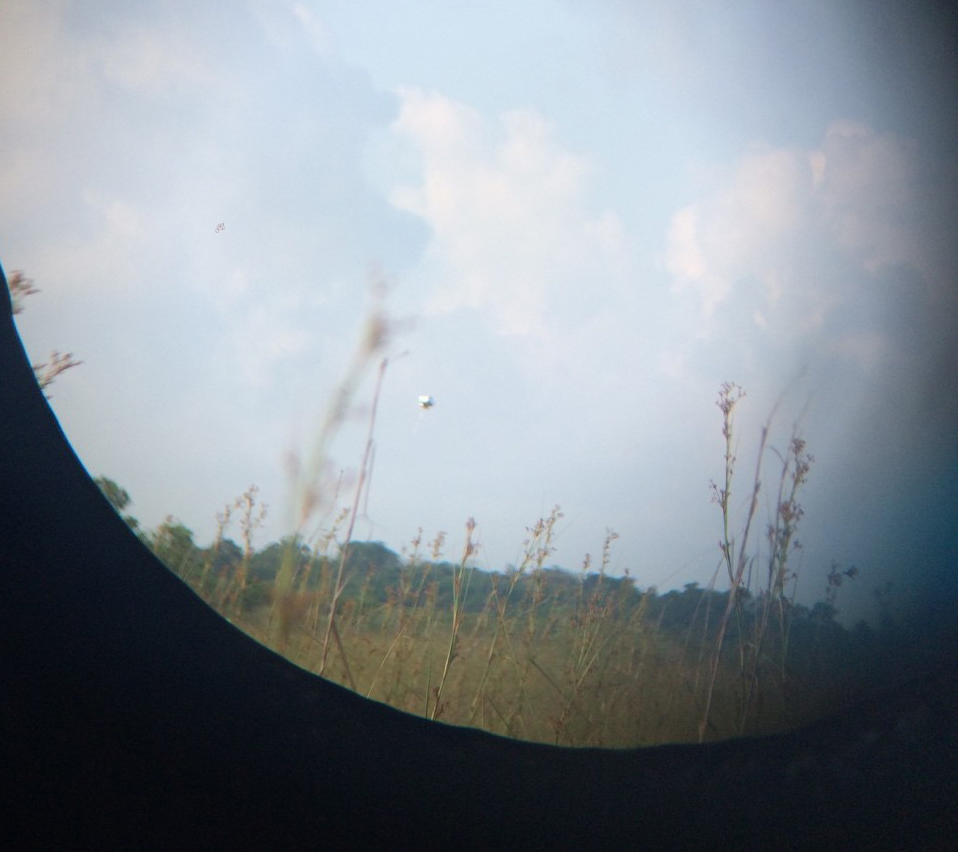 It is easy to believe that our National Parks are invincible. We mostly get to see them from a tourist spot where the sites are a marvel. Some people, like me and the Cape Sable Seaside Sparrow crew, get to go deep and encounter how humans are affecting these areas.

On April 18, Katy and I were headed to explore a new plot. We scared up a ground dove and looked to see if we would find a nest. As we searched, I spotted something shiny out of the corner of my eye. A balloon with the character Olaf from Frozen was crinkled within the grass. It’s easy to forget that the Everglades lies right next to civilization (remember my blog post, The Everglades to Myself?), but after finding this balloon, it was hard to forget. 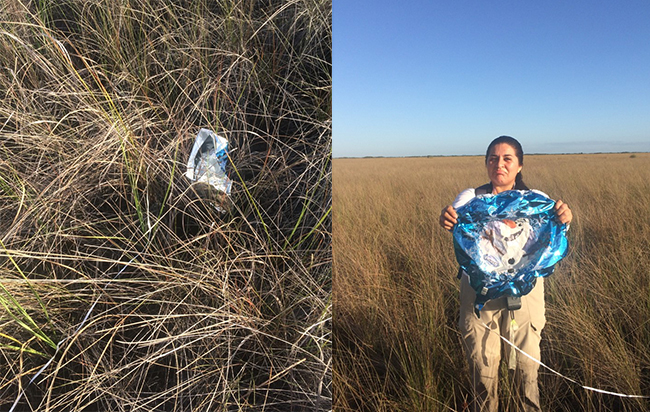 During helicopter training, we were told that these balloons may be confused for someone using a mirror to signal for help. The pilots have stopped when they see something shining on the ground because they don’t want to risk ignoring someone in distress, but will usually find that it’s just a balloon. 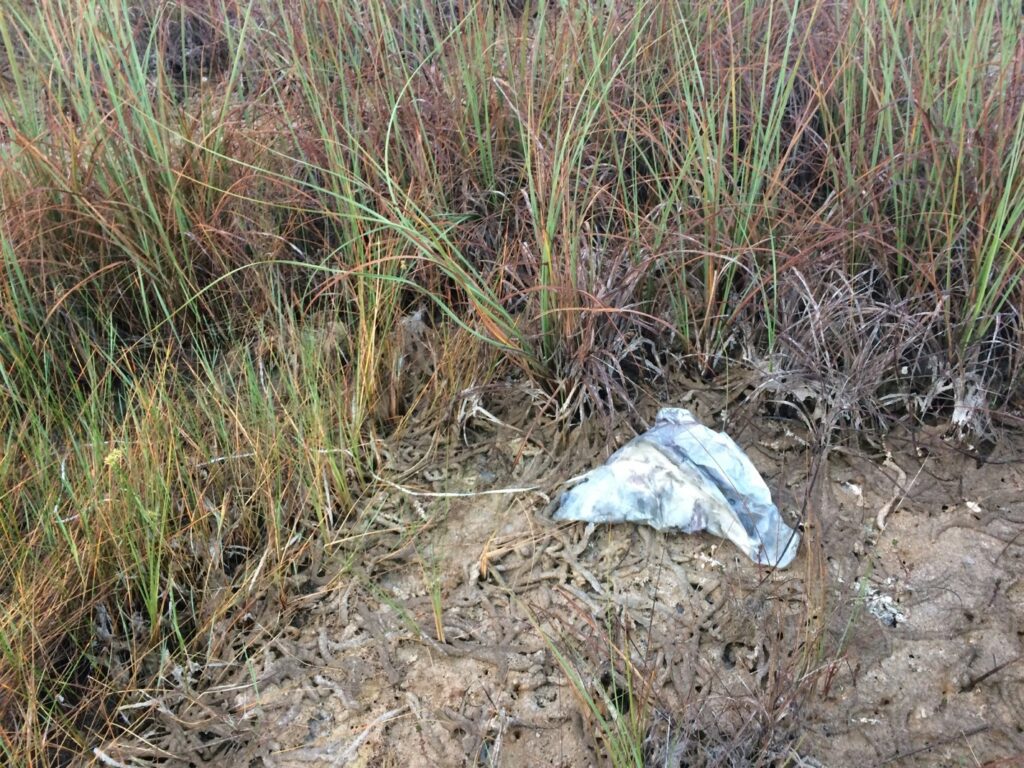 We found another balloon on April 20, just two days after the first. This was the day I encountered the pinnacle rocks in my Rough Terrain in the Everglades blog post.

When the CSSS field crew regrouped at the helicopter pick-up spot, Michelle said she had found the balloon below. One day, two balloons. I assume it’s a Valentine’s day balloon because of the message. If it is, that means the balloon might have been there for two months when Michelle found it. You can tell how the sun affects these balloons—the metal colors stick to your hand and are tough to flick off your fingers. 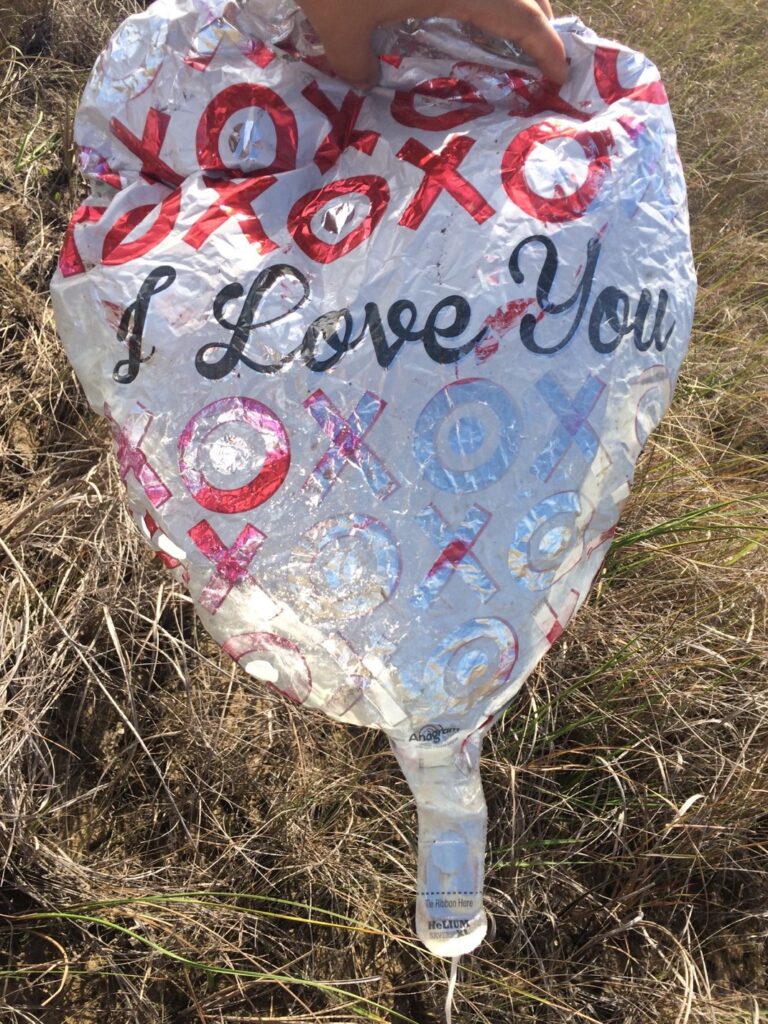 We often find holiday-specific balloons when the holiday has not even happened. A “Happy Mother’s Day” balloon will wash up on shore with no sun damage and all the colors intact in April. This balloon above still had some air in it, and any part of the balloon that was hidden from the sun is still intact. It was sad to think that balloon said “I love you” but was laying on the ground, demonstrating that we are not loving or showing enough love to the Earth. 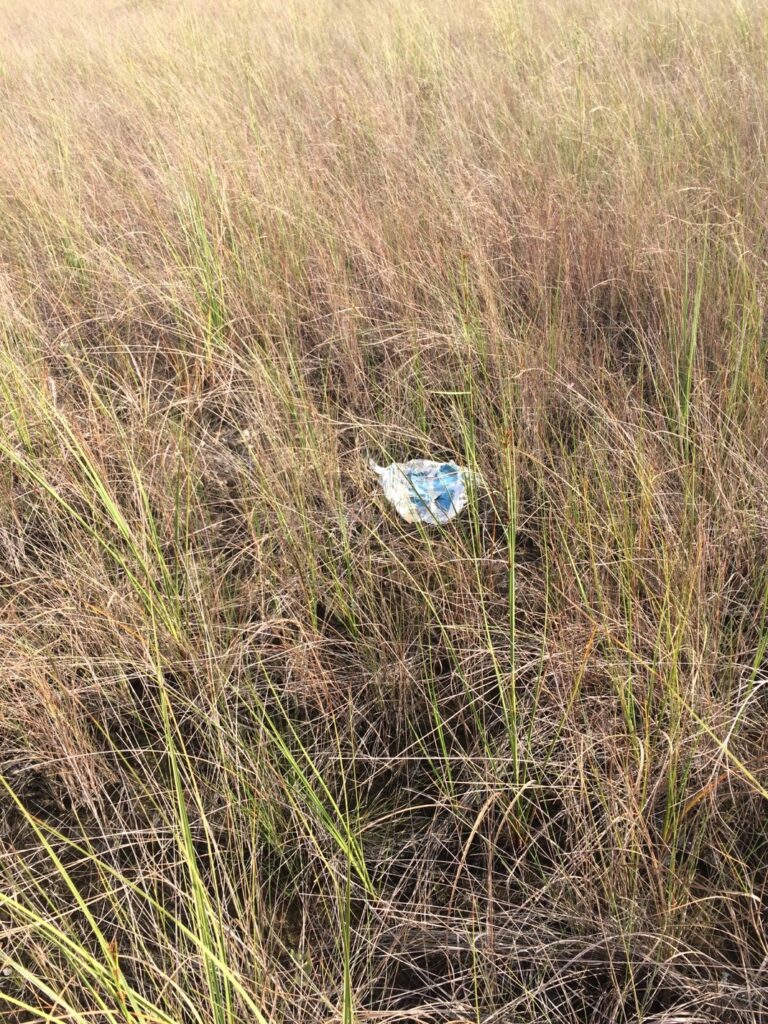 We found yet another balloon was found April 25. Balloons and other trash may tell the story of where they came from. I last worked for Museum Volunteers for the Environment (MUVE). Volunteers collected debris washed up on our shoreline and recorded it using the application Marine Debris Tracker.  I found a menu from a restaurant in South Beach. Volunteers found cargo tags and cruise line cups. All these contained the name of where they came from and gave us an idea of how the currents may be flowing from South Beach or the Port of Miami. Some trash came from the Caribbean Islands or Japan, but with Miami’s different cultures, I believe these could also be found in local shops. However, these were still manufactured elsewhere and made it onto our beach at Virginia Key North Point. 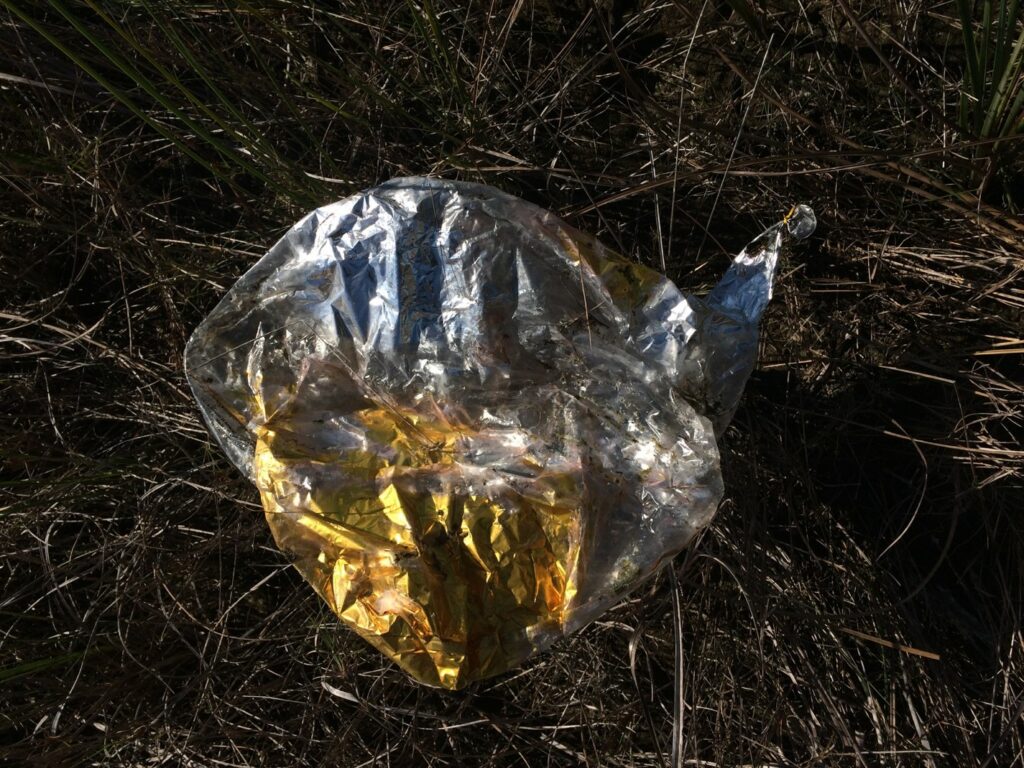 On May 6, we found a plain, gold balloon with some sun damage. I am glad Michelle and I found all these balloons and were able to take them out of the environment. If they were to reach water, they could cause injury or death to animals such as sea turtles.

Along with the balloon, I also found the Styrofoam cup pictured below. I couldn’t get my head around how this piece got so far out here in the Everglades. 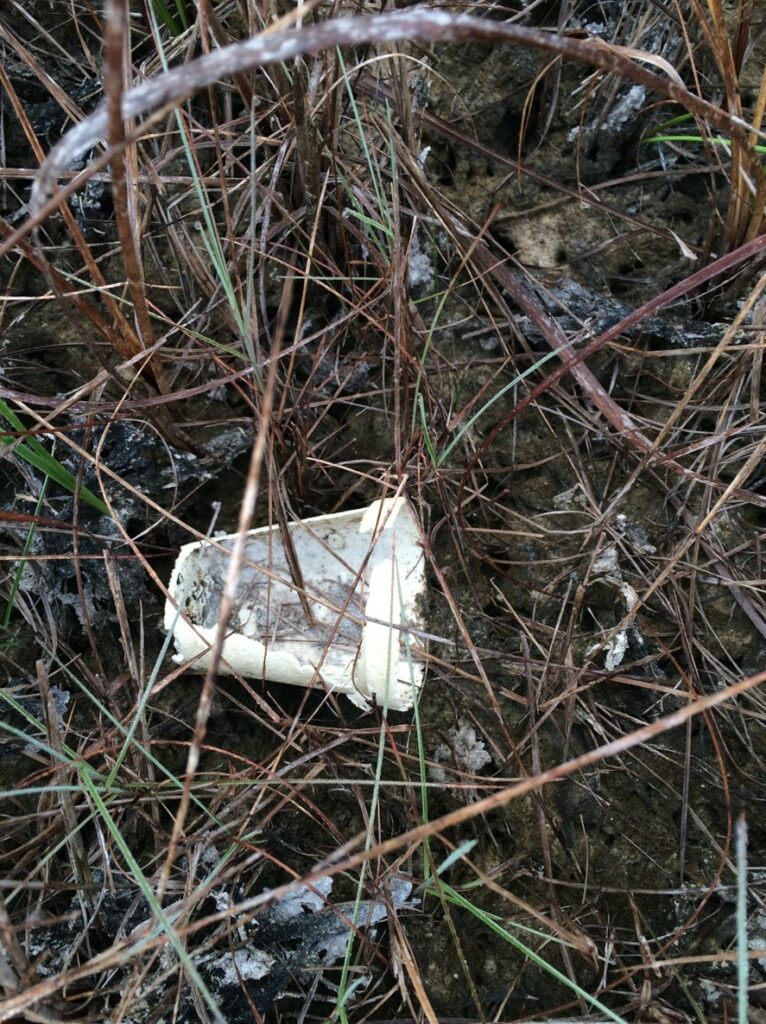 Everything we use must go somewhere; the dump or land fill is not the answer. Even material designed to decompose stays in our environment to be used in another form. Where does our trash go? Nowhere. It stays in our Earth forever.

Visit the Balloons Blow website more information on the destructive effects released balloons have on animals, people, and the environment and for ideas for alternatives to balloons for celebrations.

By Elizabeth Lago|July 21st, 2016|CSSS, News|Comments Off on Balloons Blow