Ecostudies Institute’s annual reports highlight some of the major accomplishments made during the year, details our financial standing, and provide a glimpse of plans for the future. Reports were produced from 2011-2016. Things were pretty quiet from 2017-2020 but with new staff and broadened mission, we’re excited to produce our next annual report in 2021. 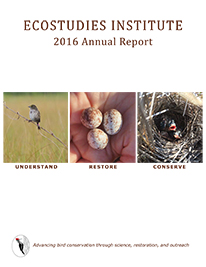 Read updates on all of our projects, learn what we accomplished in 2016 in the Pacific Northwest and South Florida, and get a glimpse at what’s in store for 2017: 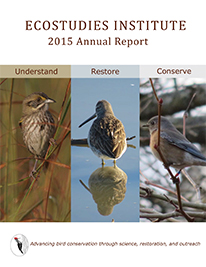 2015 has been another great year for Ecostudies Institute. Once again we have successfully accomplished our mission goals both in South Florida and in the Pacific Northwest. Read about some of our major accomplishments over the past year and the work we have planned for 2016. 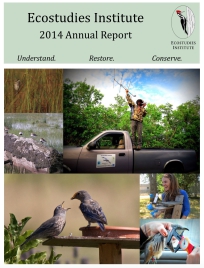 2014 was an incredibly busy year for Ecostudies, from the launching of the Cape Sable Seaside Sparrow Project, to the continuation of the Western Bluebird and Mangrove Cuckoo Projects. Read all about many projects we are involved with in our 2014 Annual Report…. 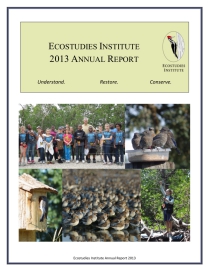 2013 was a fantastic year in both South Florida and the Pacific Northwest. We have had some major success in reintroducing Western Bluebirds in oak ecosystems and delivering our education program on Mangrove Cuckoos to youth. Read all about these and other projects we are involved in in our 2013 Annual Report. 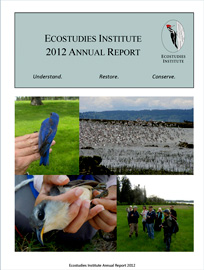 This past year has been good for Ecostudies Institute. We initiated several exciting new research and conservation programs and successfully launched our first education program… 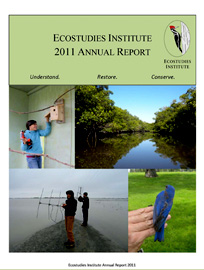 In 2011, Ecostudies Institute celebrated its 10th year of conducting sound science and implementing on-the-ground actions that promote the restoration and conservation of wildlife and their habitats…